We are the world's best-known manufacturer of tablet punches and dies.

A true British manufacturing success, we have been established for 75 years. We use these decades of experience, research and engineering know-how to provide precision tooling solutions to thousands of customers in over 100 countries around the globe. 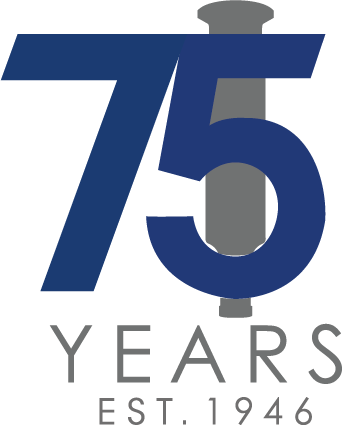 Have any questions? Get in touch.

Our customer service team are happy to help.

The History of i Holland 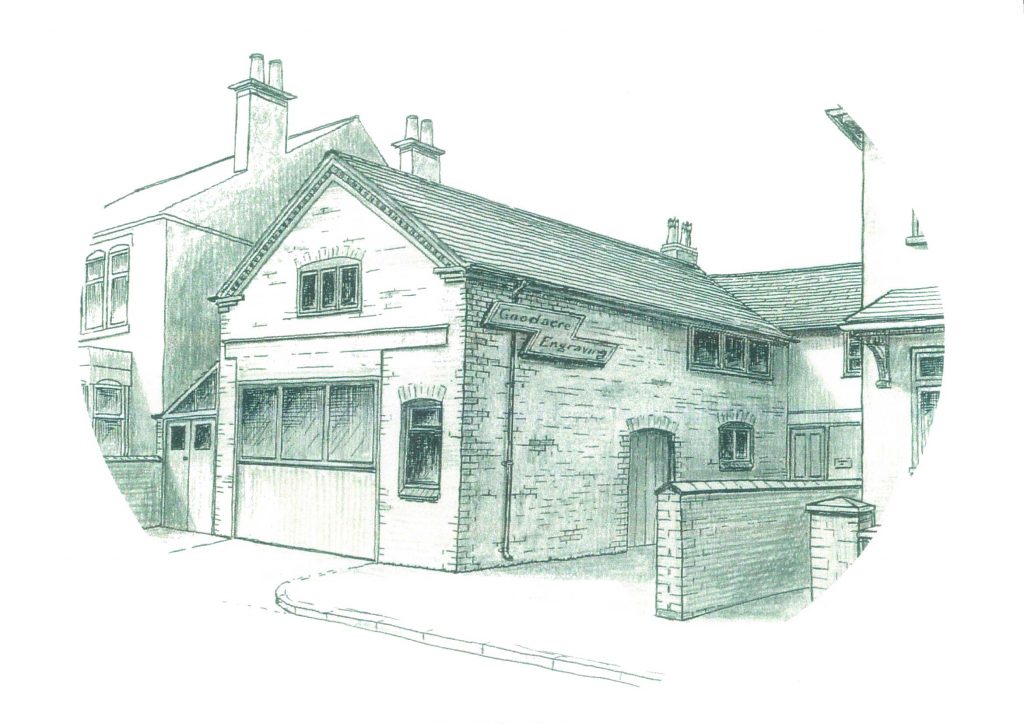 The company has its origins as far back as 1910, when, as Holland and Brewill, it was first established as a general engineering and machining company by Mr I Holland.

The decision was made to concentrate on the tabletting industry and it grew from the original two-man operation to the largest manufacturer and supplier of tablet compression tooling in the world. 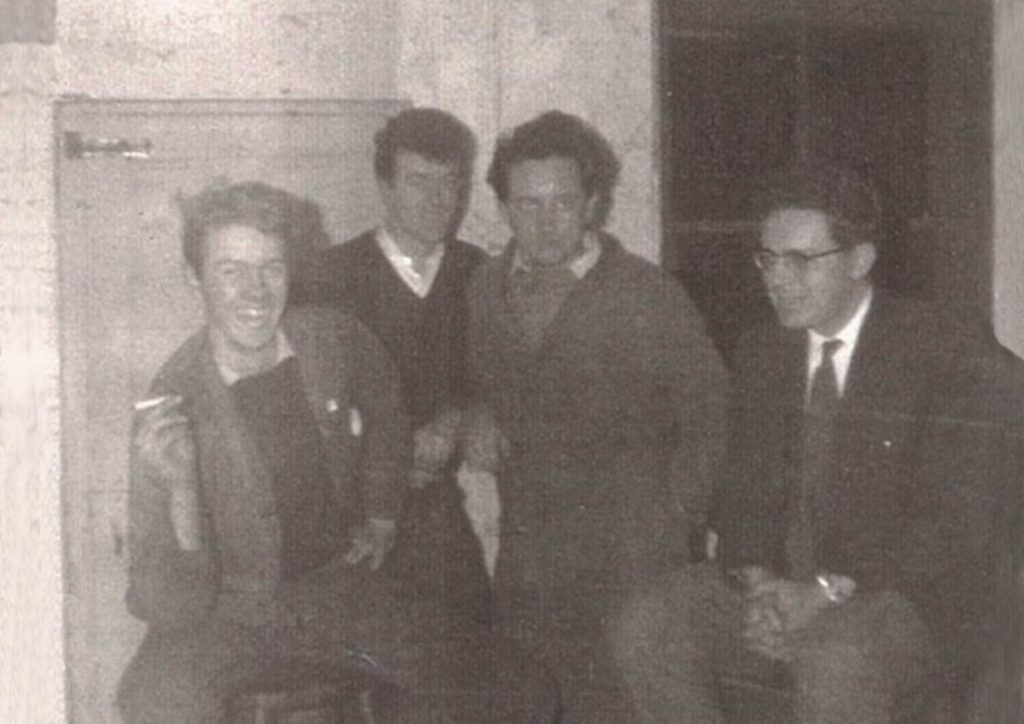 The process to create engraved ‘hobbed tips’ was introduced as a result of a collaboration with a local company, Goodacre Engraving.

I Holland and Goodacre Engraving were then run together under a board of 3 directors; Paul Juffs, John Higton and Raymond Hopcroft. In this period I Holland Ltd. began its longest period of sustained growth and development. Throughout the following years, the business continually invested in developing manufacturing processes and improving the product range and quality. 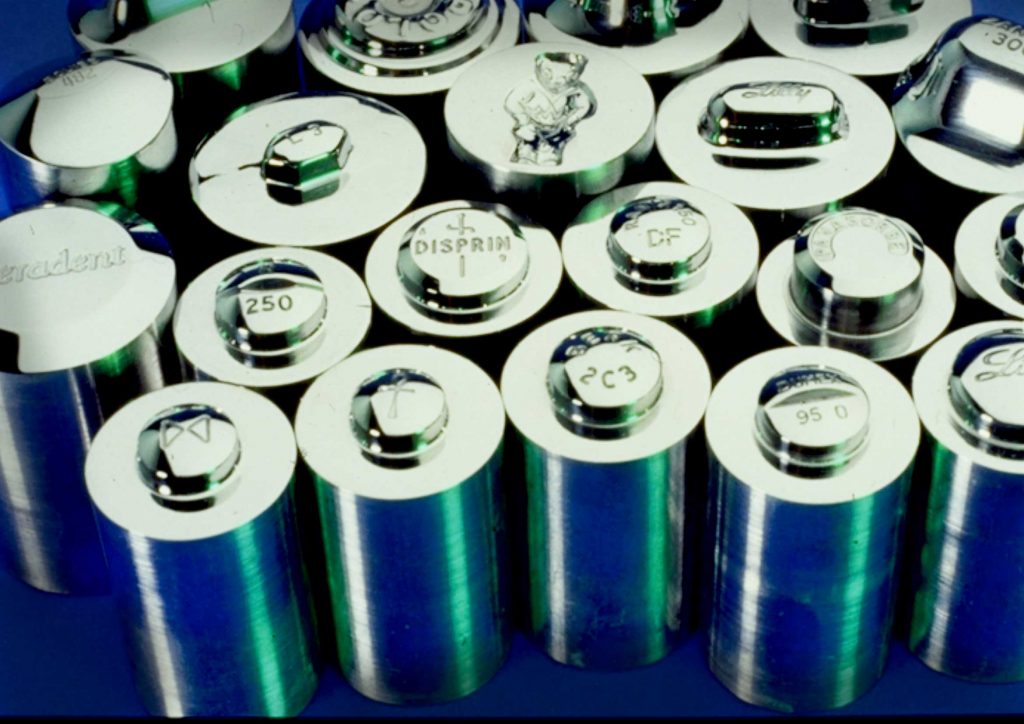 Further refinements were made to the hobbing process, this is the process by which the details of the final tablet are created and pressed into the tablet punch.

These refinements included the expansion of hobbing press capacity and the installation of an ICI Heat Treatment plant to produce more resilient punches and dies. There were also ground breaking experiments in cold forming punch heads which resulted in I Holland taking out a patent for this process. The number of employees rose past the 40 mark and I Holland’s overseas exports started to increase. 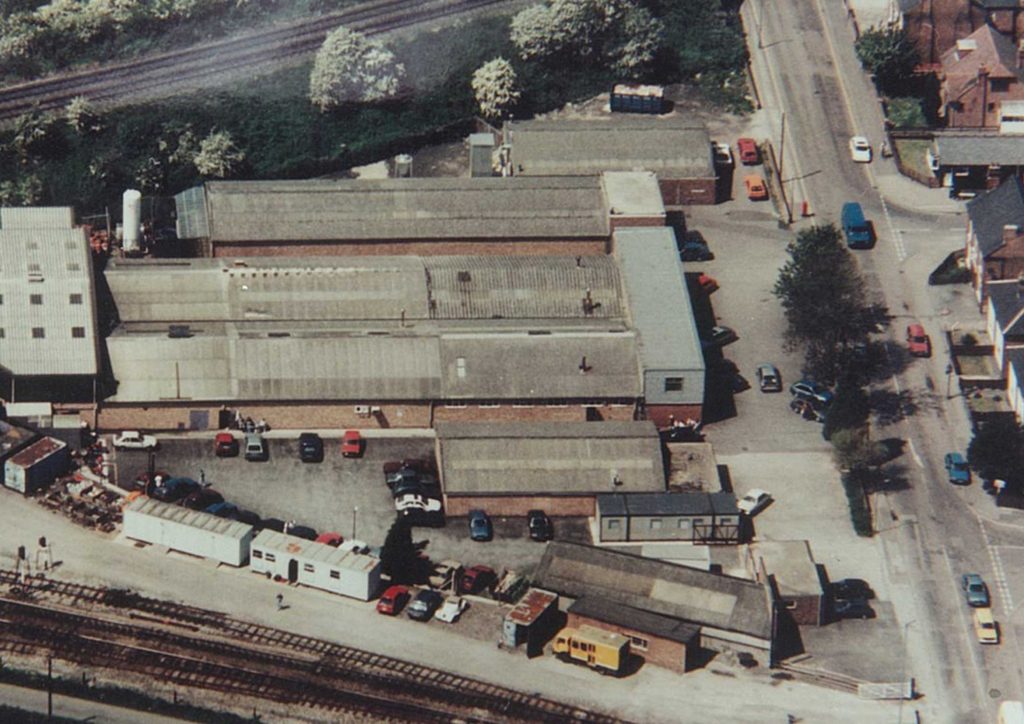 I Holland take on their first apprentice, Trevor Higgins, who came to be acknowledged as one of the leading authorities on Tablet Compression Tooling in the world. Trevor moved through the virtually every position in the company until becoming a Director of I Holland, a position he held until 2016.

I Holland moved to its current premises on Meadow Lane, Long Eaton and in the same year exhibited for the first time at a major pharmaceutical exhibition, Interphex ’70, London.

During the next 5 years, a third extension was built on the premises and investment was made in the first computerised order processing system, computer-aided machines, CNC lathes and a wire EDM machine. 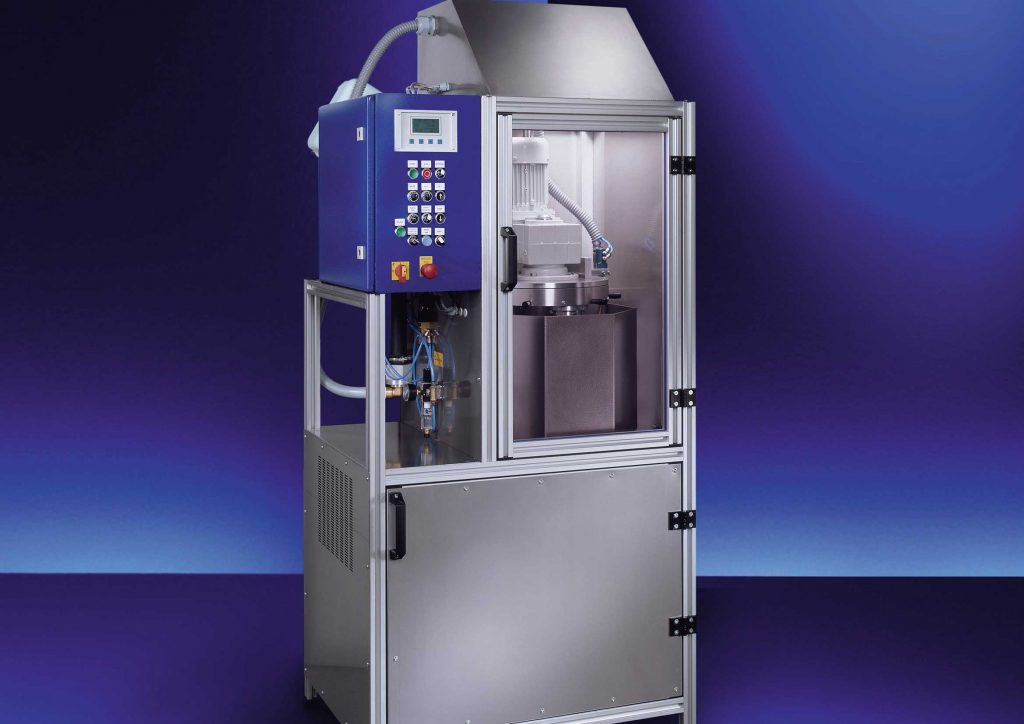 The company achieved ISO 9002 quality accreditation, one of the first companies to do this.

Steve Deakin was appointed Director, and the company’s PharmaCare Equipment Division was established to satisfy the growing demand for products associated with the aftercare of tablet tooling.

The successful management buyout was completed. Also, the acquisition of Pinder Versatool, a UK company manufacturing punch and die storage cabinets, which are now supplied worldwide. 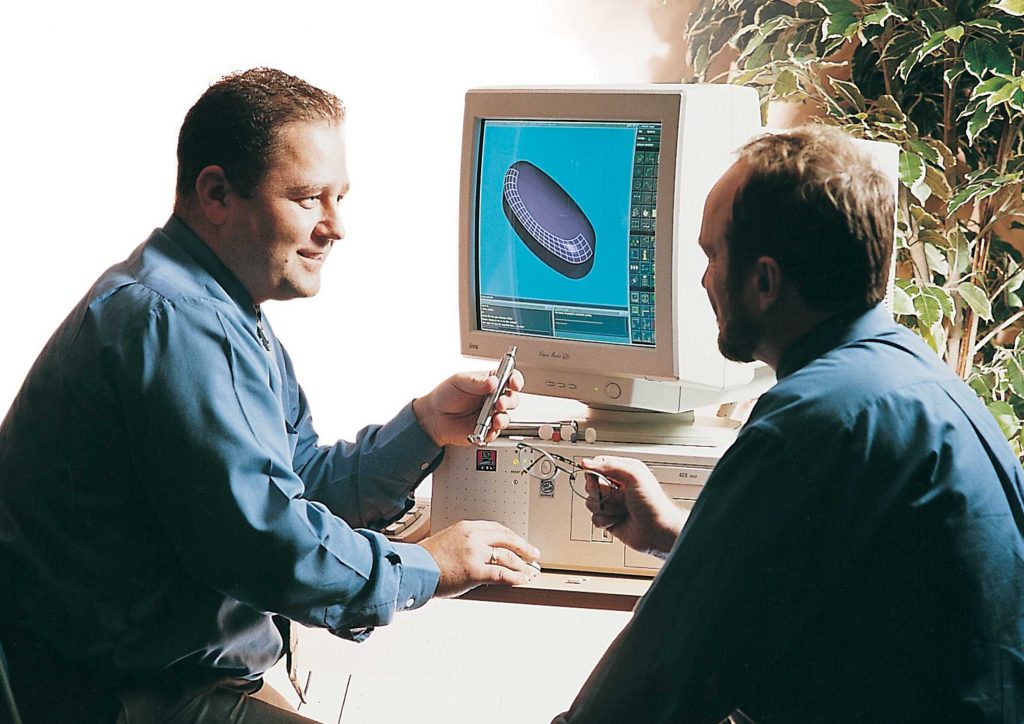 I Holland designed and built a brand new showroom and conference facility at their Nottingham, England based headquarters.

This allowed the expansion of training courses offered to customers and the hosting of a very successful seminar for 40 of I Holland’s agents from around the world where they were updated on the latest technology and innovation. This agents seminar proved so popular that it is now held on a regular basis.

There was also significant investment in IT and design software which allows I Holland to continue to push the boundaries of CAD/CAM processes. 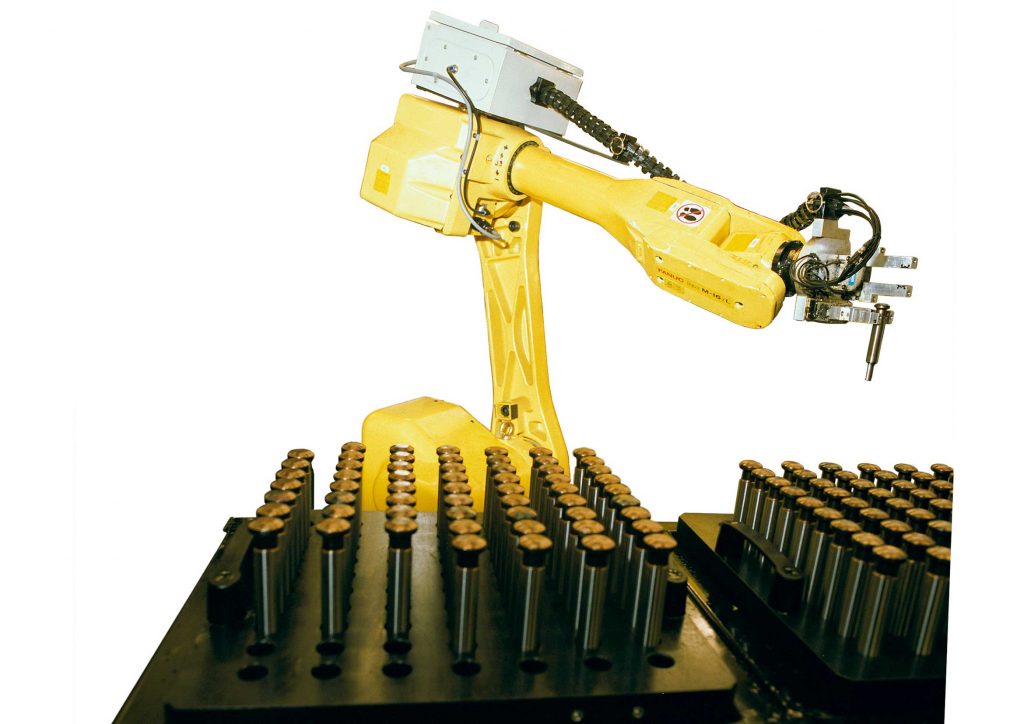 In 2004, Mike Glove retired and handed over the M.D. role to Chris Prideaux. David Hinds joined the Board of Directors as Finance Director. Further robotics and automated systems were implemented. 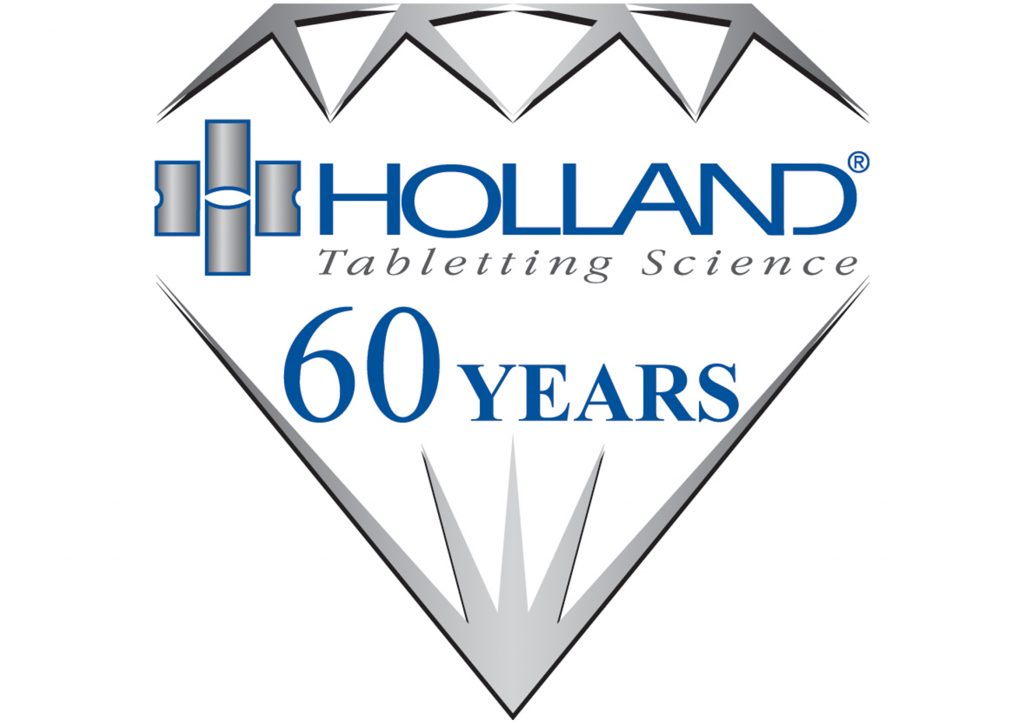 In September 2006, and to mark its 60th year in business, I Holland hosted another agent’s seminar. I Holland representatives from around the globe attended the three day event that included technical seminars, practical training sessions and an extensive tour of the manufacturing facilities here in the UK.

There were also several customer seminars and training courses held both in the UK and overseas. 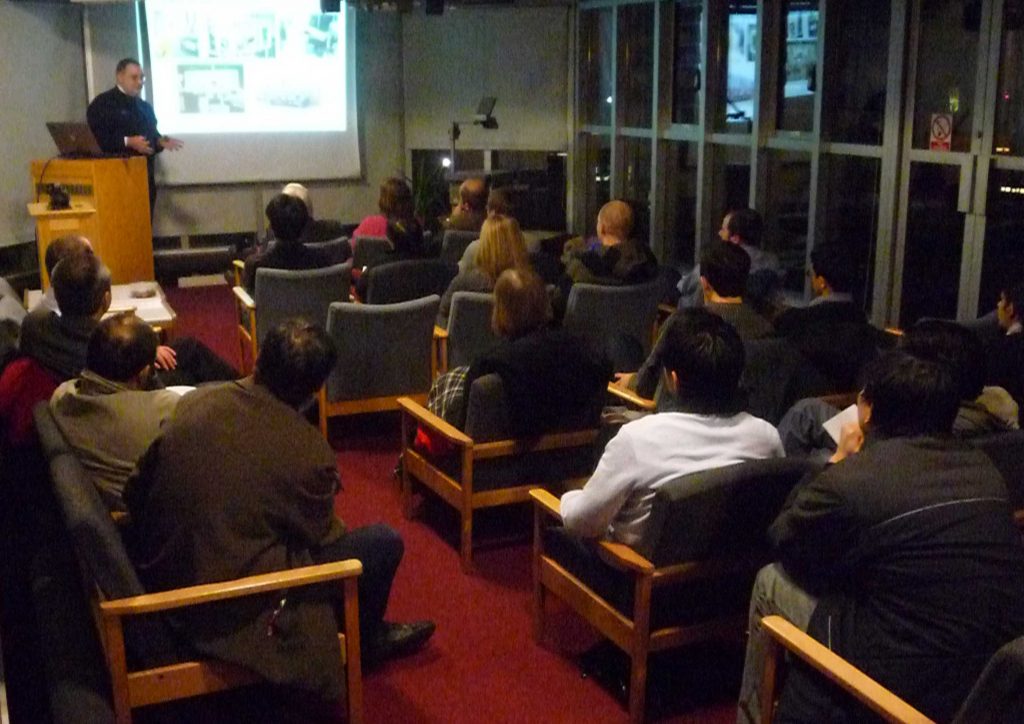 May 2007 marked the launch of the I Holland ‘Tablet Compression Tooling from Start to Finish’ Seminar. The event was held at the I Holland site over two days, giving a comprehensive overview of the entire tabletting process, from tablet design through to the maintenance and aftercare of punches and dies. 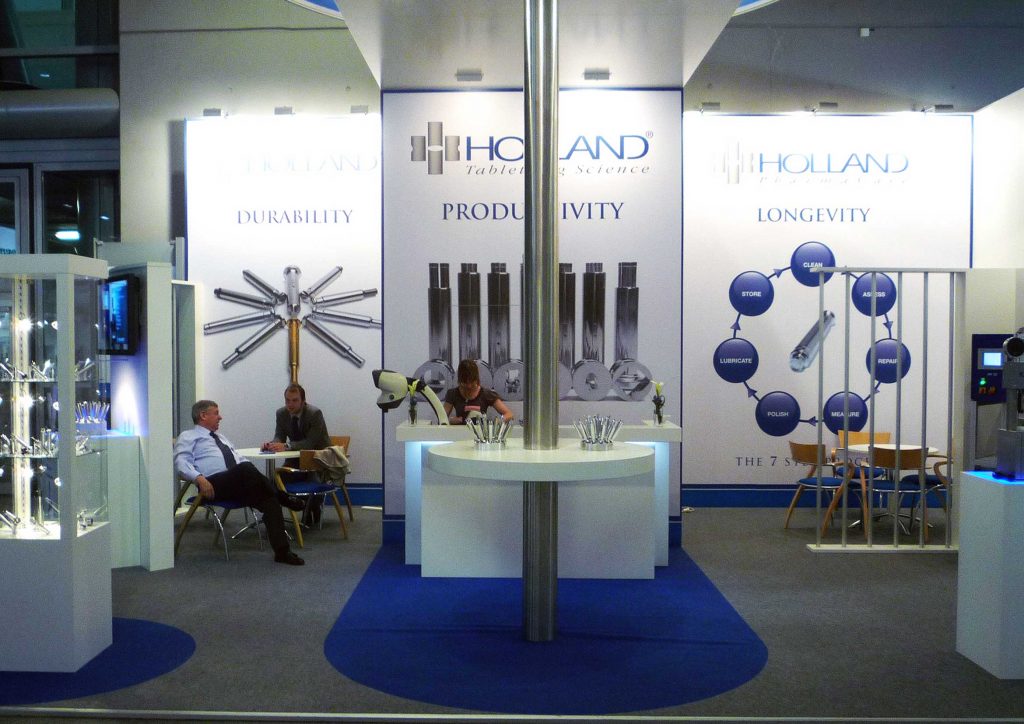 In 2008, I Holland expanded its range of steels and coatings. These products were launched at Interpack exhibition in Dusseldorf during April.

In 2009 I Holland also exhibited at Achema in Frankfurt, Germany during which I Holland launched the impressive anti-abrasive PharmaCote® RS and held a highly successful stand party for clients and agents featuring a live Cuban band and cocktail party! I Holland also re-affirmed it’s commitment to excellence with the renewal of BSI accredited status and the Investors In People certificate. 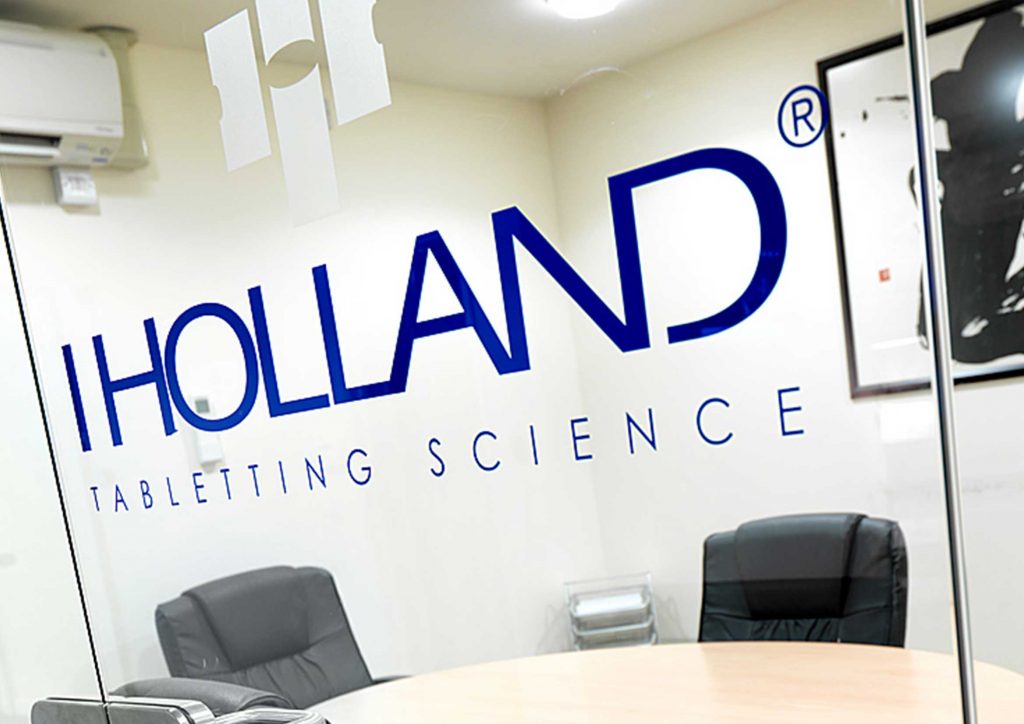 I Holland had a record year selling tablet tooling to more customers in more countries than ever before. As part of a strong commitment to customer service, I Holland undertook significant capital investment n new customer reception facilities and production equipment. This enabled I Holland to maintain competitive lead times, with increasing capacity, delivering the highest quality customer service to more than 90 countries worldwide. 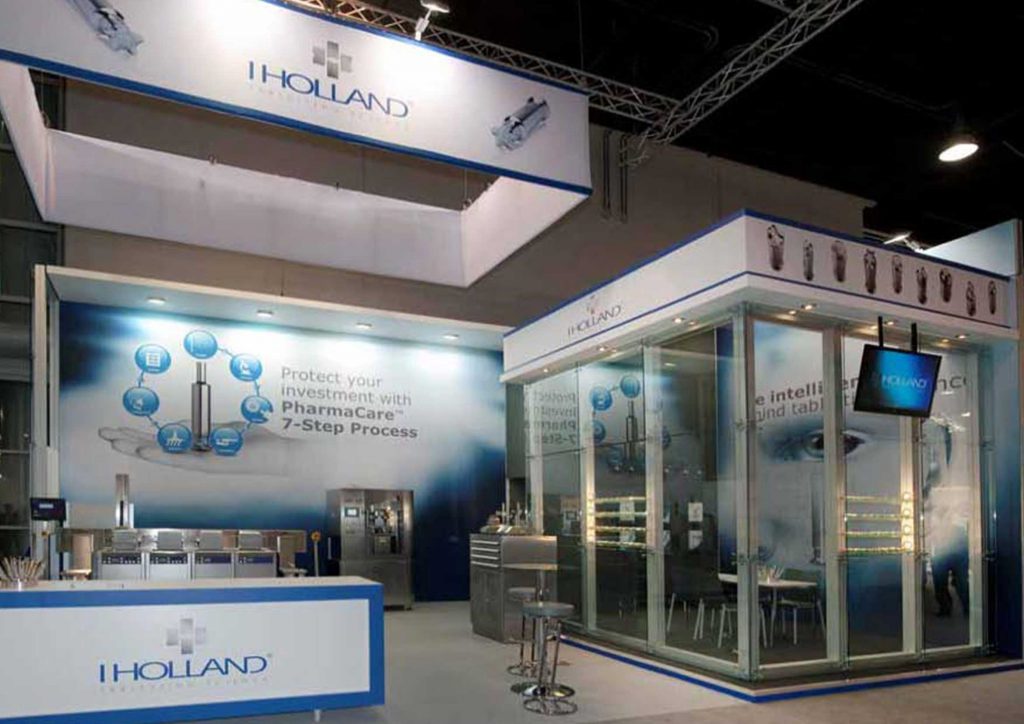 I Holland launched its’ Tabletting Science Anti-Stick Research (TSAR) programme and introduced the new MF40 punch polisher to the world at Achema in Frankfurt. 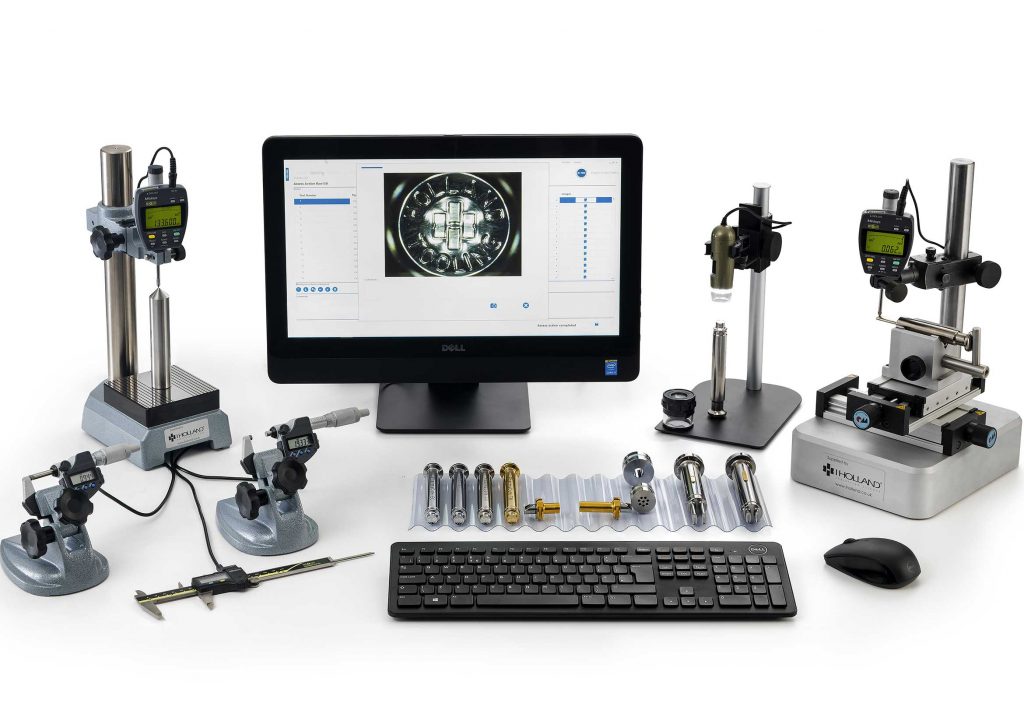 I Holland had a very successful show at Achema in Frankfurt, unveiling XDF and the I Holland Tool Management System, both with great success. I Hollands range of new training animations was also shown. 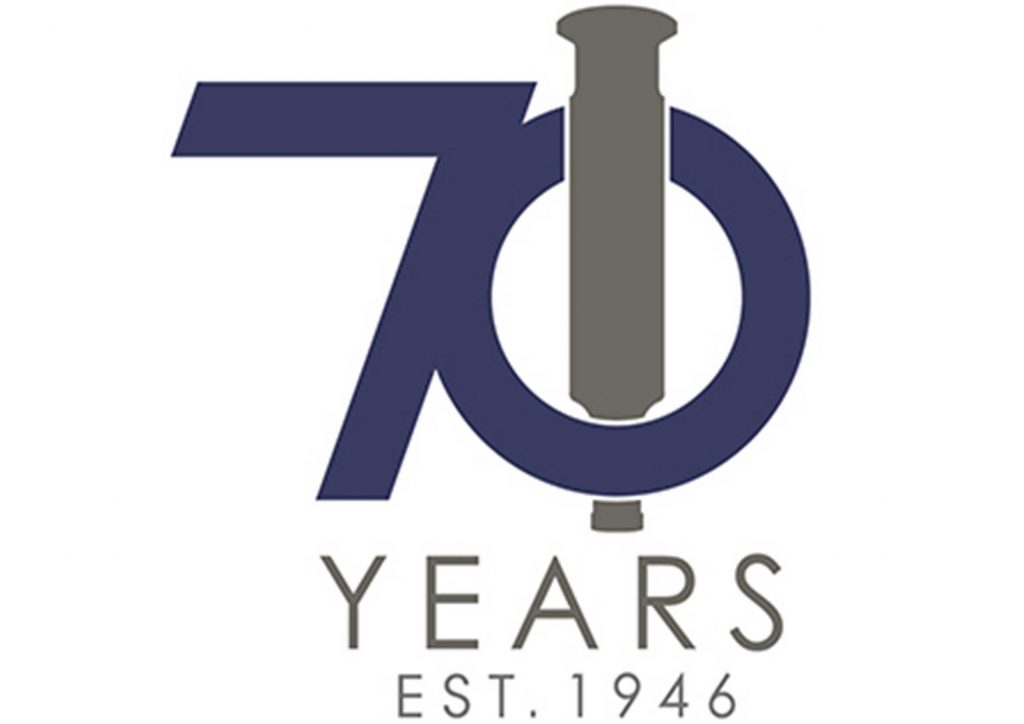 We celebrated I Holland’s 70th anniversary in 2016! This milestone is unique to a company in our industry so it was a great excuse to celebrate with our agents at our UK Agents Seminar and by hosting events worldwide. 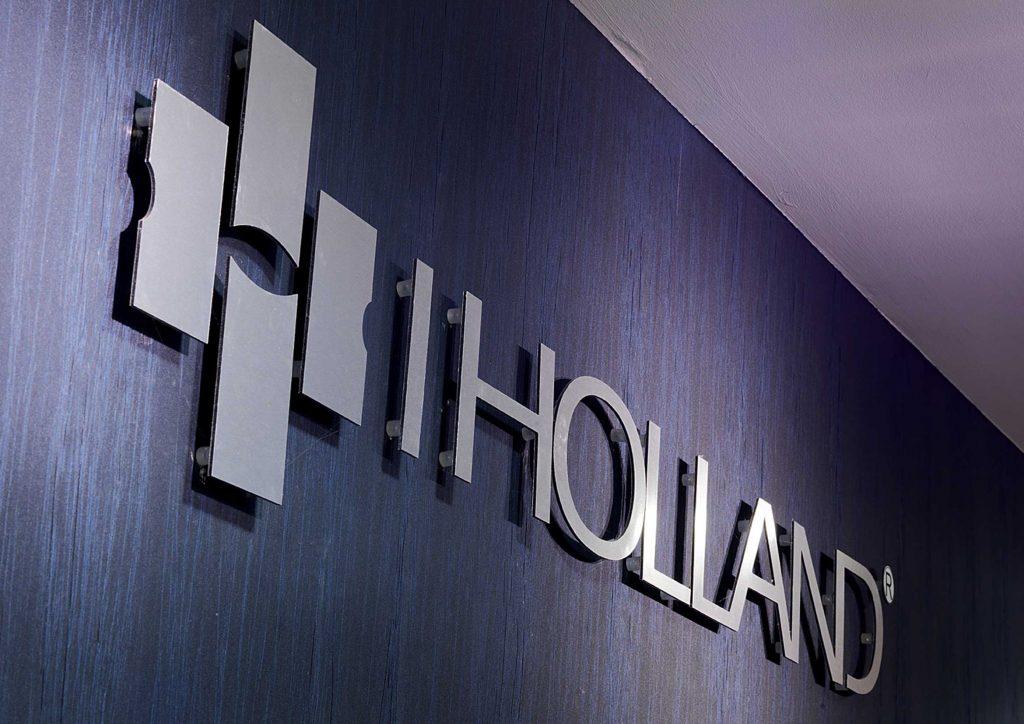 I Holland continues to strive for ever higher standards of all-around excellence. Our commitment to investment in new manufacturing technologies, people and training is absolute. All with the objective of ensuring even greater levels of satisfaction to our customers, both now and in the years to come.

Catch up on the latest news and events at I Holland

Have any questions? Get in touch with our team today